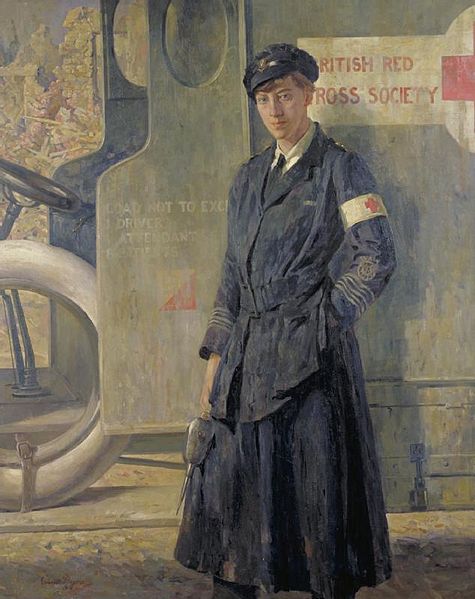 In a few days, Veterans Day will mark the one hundred years that have passed since, at the eleventh hour, on the eleventh day, of the eleventh month, an armistice document was signed in a railway carriage in the northern French forest of Compiègne. In that moment over four years of increasingly brutal hostilities between the allied nations and Germany came to a grinding halt and The Great War, as it was called, was finally over. 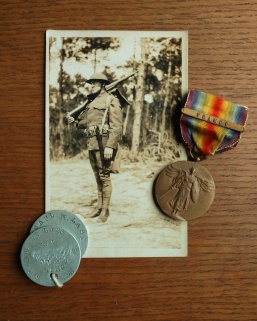 I have a special connection to the war. My grandfather served in France and I inherited his service ribbon, dog tags, and photos. I don’t know much about his time there other than he was with a Regiment of forestry Engineers as his photos demonstrate. I remember him as a deeply patriotic man and, like many of his generation, he talked with pride about having served his country, but was reserved about the details of his deployment.

The scale and impact of the war is difficult to comprehend, the war claimed the lives of over 20 million service members and left millions more wounded. Cities were left in ruins and countless  fields and forests, pock-marked with craters formed by heavy bombardment, were all but obliterated. It was a war that left survivors as scarred as the landscape. The term shellshock was coined to describe a new kind of battle fatigue that military leaders feared could become epidemic. It described what what we today call Post Traumatic Stress Disorder.

And yet, even though the war crushed the bodies, psyches, and souls of so many, it also provided new opportunities for women. In the years before the war, British suffragettes had campaigned vigorously, and sometimes violently, throwing rocks through windows,  smashing glass cases at museums, even attacking works of art. Their disruptions caused museums and public monuments to close and the revenue they disrupted pinched the pocketbooks of the government and drew attention to the movement. When Britain declared war against Germany in 1914, the suffragettes swiftly shifted their strategy from fighting against the government to supporting it in the hopes that they would be able to win hearts and change minds through service.

Suffragettes like Dr. Louisa Garrett Anderson and Dr. Flora Murray (lifelong “companions” who were laid to rest side-by-side and whose epitaph reads “we were gloriously happy,” but but that’s another story) established the Women’s Hospital Corps in 1914 and ran military hospitals first in northern France and later in London and staffed them top to bottom–administrators, surgeons, anesthesiologists, pathologists, dentists, nurses, clerks, drivers, orderlies– entirely with women.

The London hospital, known as the Endell Street Military Hospital, opened in 1915 and treated over 26,000 patients and its surgeons completed over 7,000 surgeries before it closed in 1919. The hospital, purposefully located close to a railway station, received deliveries of injured soldiers daily, usually late at night, from front line medical clearing stations. Surgical teams frequently completed 20 surgeries a day. Although the doctors were not awarded military rank (something that Murray and Anderson actively sought) they did receive the same pay and benefits as their military counterparts.

The motto of the Endell Street hospital, “Deeds Not Words,” was the same motto used by the suffragettes before the war. Murray and Anderson wanted to make it abundantly clear to both the patients they served and to government officials in the Home Office that female medical professionals and staff were as competent, and in many ways better, as any man. There is little doubt that they affected public attitudes that led to legislation passing in November 1918 that gave women in Britain the right to vote.

These women, as compassionate as they were fierce, deeply inspired me while writing Holding Their Place. I hope that my story, in some small way, honors them and their service to their country during a terrible time of war, as well as to the future generations of women.